Exploring natural and cultural heritage sights, seeing surrounding beauty and working out is the best by bike tours. Our Bikademy guest Milan Margeta is a founder of Cycleastok, a bike tours operator in the Berlin and Brandenburg area. How he creates experiences for cycling tourists and locals, which are secret must-visit places and much more read in this interesting interview.

What led to creating Cycleastok and what does it mean?

For almost two decades I’ve been leading organized bicycle tours for various companies, in different countries. And recently I own, with a friend, a small fleet of bicycles that we’ll rent for one-day or multi-day self guided and guided tours around Berlin and Brandenburg (federal state) and eastern Germany, when the pandemic cools down.

In the long run, the plan is to be the one offering these tours as Cycleastok. Berlin, Potsdam, Spreewald, Prignitz, Havelland are just some of the cities and regions of Brandenburg which I’ll focus on. And in addition, I would go to the neighbor states of Saxony, Mecklenburg-Vorpommern and further on the east of Germany and Europe.

I hope that people will soon start touring beautiful places around the world again.

The name Cycleastok is a play of words – the English word “Cycle” + the word “East” and I added “ok” at the end.

Since You are in Berlin, what sights do You recommend to see by bike in and around Berlin?

Beside the most famous things that every visitor has to see and part of it is already in your original and interesting Bikademy app, I personally like to visit places like southwestern part of Berlin, the area called Wannsee. It has the same name lake, river Havel, a popular sand beach, a cute small village with rich history that offers countless cycling opportunities.

I love to ride a bike through the green oasis of Berlin, the Grunewald forest. I often go to the Lake Müggelsee in the east of the city, I like to visit Treptower Park and the whole part along the river Spree, Kreuzberg to grab a “burek” in the “Old Bridge”, Viktoria Park is a obligatory station, Dahlem is wonderful. You can ride a bike all the way to the town of Teltow on the border of Berlin and Brandenburg and all the time with a great bike and hiking trail along the Teltow Canal… possibilities are endless.

How many people usually use organized cycling tours in Germany, or in Your area?

Organized tours in Germany are becoming more and more popular. Perhaps the largest and most famous organization that organizes them is ADFC which stands for “Allgemeiner Deutscher Fahrrad Club”, an association of almost 200 thousand members with offices in almost every major German city and many smaller cities. They promote cycling, organize workshops of bike reparations, make great maps, help members in case of breakdowns or problems on tours, organize bike tours throughout Germany, and their offices should be the first address for anyone looking to learn more about cycling here.

There are many other smaller and larger companies that organize tours in Germany, Europe and the world, and organized bicycle tours are becoming so popular and will surely be a growing hit.

Berlin itself certainly has at least twenty specialized agencies just for cycling tours and most of them do tours around the center of Berlin and around the city of Potsdam near Berlin.

I led tours on the Croatian islands, and I led the first organized tour around Kvarner (region) back in 2004. Later I started touring around Germany, and in 2019 I led them around Sweden.

I did everything, bike tours that took guests by boat from island to island, road bike tours along the coast, hybrid bike tours, and lately there have been more and more e-bike tours.

There were a lot of plans, and last year I had to start running river cruise + bike tours from Germany to Budapest, and as an Area Manager for a couple of companies that specialize in so-called self guided tours (tours without a guide).

What is the difference in infrastructure in Germany and Croatia?

There are many more bike trails in Germany. There is a much better use of abandoned tracks or former forest and agricultural roads as part of the cycling infrastructure. There are many investments in the conversion and renovation of existing trails, there are more cargo bikes, more bike deliveries…

In Croatia, in most larger cities such as Zagreb, Rijeka or Split, it is almost impossible to have any organized tours with larger groups and I hope that this will start to change for the better.

The islands, however, are perfect for cycling tours, especially in the spring and autumn when it is not very hot and with minimum traffic. As far as I know, the Krk island is the only one with a larger network of paved bike paths that are constantly spreading.

Your social media tells us that You are on a bicycle non-stop? What are Your favorite destinations?

Whenever I can, I go on bike tours for myself. Last year there were no organized tours for foreign tourists, so I dedicated myself to my current narrower and wider homeland, and saw a lot of great places that I might not have seen otherwise.

The federal state of Brandenburg, which surrounds Berlin where I live, has over 3,000 lakes and thousands of kilometers of bike trails, and it is a plain like Slavonia (eastern part of Croatia), so I take my family over there. I often go on tours with friends and cycle a hundred kilometers a day.

Outside of Germany and Croatia, I enjoyed the tour on the Canary Island of Lanzarote the most, and I really liked the south of Sweden. Everything is beautiful, especially where You haven’t been.

In Croatia, I certainly like to ride in Slavonia the most, and my favorite islands are Brač, Hvar, Korčula, Vis and Mljet. A paradise for cyclists.

What are Your plans for the future?

Plans are to guide tours for other companies and most of all for the American company VBT, while starting my own business. Also, I’d like to take a well-known trail that goes along the route where the wall was in Berlin, and I plan with a couple of friends a bike tour project along that route around 160 km long.
I would like to ride a bike to a lot of places I have not been before, and to try to ride 200 km in one day. I have a great desire to do a tour to the city of Görlitz on the border with Poland… a lot of things.

How can people contact You if they want an organized cycling tour?

Any bike tours lover who plans to visit Berlin or lives there can:
– DM me via Cyclestok Facebook page
– directly on +49 157 395 47 806
– email on [email protected]
And some of the tours I’ve done are available on Facebook and Cycleastok Komoot account.

Thank You Cycleastok, good luck! We all hope people will start to travel soon and explore cities and regions by bicycle again! And we’ll catch You in Berlin 🙂 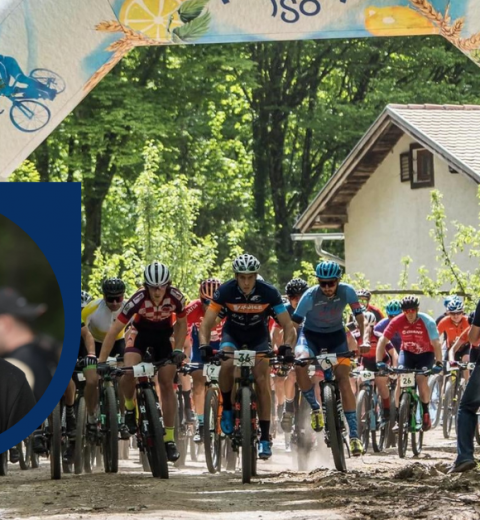 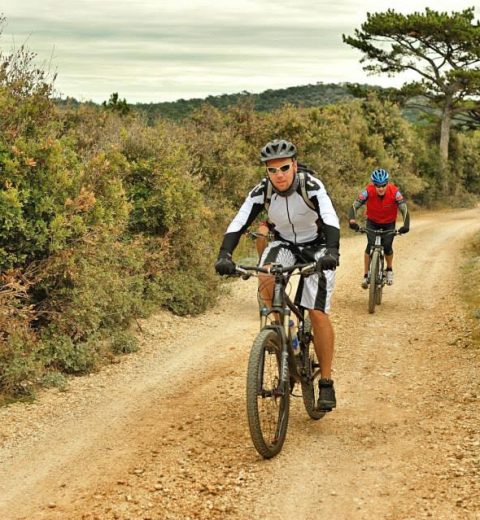 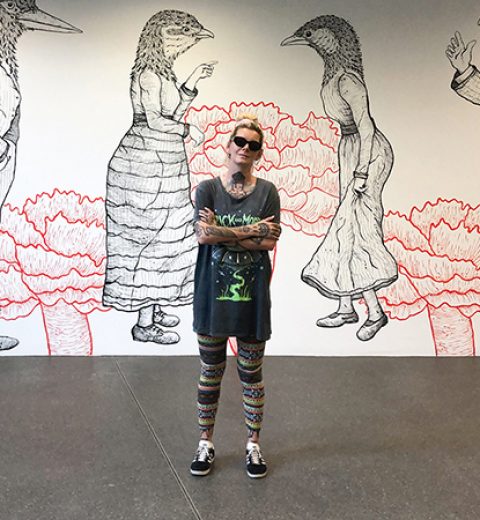